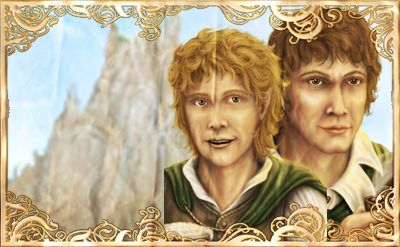 I wrote this original article some 18 years ago…. Doesn’t time fly?!  It’s pretty much stood the test of time I think, but I’ve got a few additions I’d like to make, see the end of the article for some updates…

From time to time I get a player sending in an irate email saying how they have had 5 characters killed this turn from agents and when are we going to do something about them? With that in mind, and using my experience as a player, I’ve written some things that I think are effective tactics for neutralising enemy agents.

On a more general note Commanders are essential with armies, Emissaries can take a PC with no risk to themselves, and Mages kill at a distance so each character class has it’s own strength. You can’t easily stop Agents but you can minimise their impact. It’s a fast moving game and death is a common enough occurrence so don’t grow too accustomed to that big army or tasty character that you’ve spent weeks building up. (I have listed actions you can take to minimise agents spoiling your fun in order of importance as I perceive it, top first).

Take out the enemy pcs and steal gold from them. Keep the market low and the enemy agent nations (mostly DS) will find it hard to support naming new characters. When they steal from you (or you suspect that they are going to) run a zero economy (i.e. have no cash to steal).

Having multi-class Com/Ags in your army as back-up commanders is a bit of a double edged sword as they can be killed in combat and are easily spotted with divine character with forces spell. But it does work. Often an agent nation can only afford to send 2 agents at best to take out an army. So having multiple back-up commanders keeps your army alive.

If the enemy agents are downgraded to you and you not them then there is a plus 15% chance of assassinating. Players often underestimate the value of downgrading as a rule I would advise any FP to downgrade against the Cloud Lord at the earliest tactical opportunity. (Ice King, Dunlendings, Noldo, Sindar, Long Rider are nations with decent agents available in large numbers so downgrading against them is often useful if they are opposed to you).

Players often get attached to a character. From a purely wargame perspective, and I appreciate that there are many ways of enjoying the game, a character is a capital order, 5,000 gold and the relevant skill to do so. Similarly you can often anticipate character deaths. As this comes after the 6xx orders you can name a character to replace your loss ready for next turn.

Obviously hot-spots are difficult to avoid so use tactical attacks chat to your team-mates and organise attacks so that you and 5 other nations turn up. Not a lot the agent nations can do in a target rich environment. Use the 355 order often players will go for the biggest armies as 925 I often the best way of finding targets so you can 230-255 and then 355 saving those expensive armies.

Don’t be at the location they are at. When moving armies use the 780 command to transfer ownership of the army then their scouts for armies (905) will fail. Be in unexpected locations and keep the armies off map whenever possible. (FP have the advantage of lots more map information use it).

Locating the artefacts or the dangerous characters themselves is very important using 420,430, 418, 428 and some Encounters.

Put your characters in big Fortifications, with high loyalties this has a big impact. If they are in armies that can be very helpful as well as the size of the army is rumoured to have a defensive agent value. Capitals appear to have a bigger agent defensive bonus as well. This works for enemy PCs as well – as long as they are not the same as the nation doing the assassinations.

If you are going up against a 80 level agent then you need at least a 40 agent to guard (note Agents guard (605/610) up to 2x their level so with a 40 rank guarding agent they have anything from 40-80 guard rating without any other factors thrown in). Agents need to be around 60+ to do an assassination attempt so you should be able to achieve some level of parity here.

Emissaries are very good against lone agents. Doubling an agent makes only your nation safe against pro-active agent orders from that nation. (Note they are not a 100% defence – if an agent’s assassination/kidnap roll means that they would die then they will often succeed in the attempt .) Critical successes/high agent rank can effectively negate the effects of doubling.

Use the rumours that come out on the turns. They can give you useful information for locations of agents but does take a lot of work to organise.

Even the best of agents die against these squads. Challenges: All but Emis have a higher challenge rank so use it. Yes the agent can 215 but you can catch an in-cautious Agent and if they do refuse, unless in a company, they’re stuck at that location. Artefacts: Getting the artefacts and/or fast tracking these Mage squads can be an essential defence. Mages can be used to get the Agent/Stealth and agent artefacts themselves – if you get them first then they don’t have them. You can also use smaller agents to steal the items that the enemy agents are using and use the agent artefacts against them.

If you can multi-class your characters with agent rank. Agent gives you a chance to escape if you are kidnapped [the choice of better agents] each turn (comparing agent ranks).

A tooth for a tooth

All the above failed? Try playing from the DS side would be my advice here and see it from their perspective. Okay, to this is a quick insight into aggressive agent defence. Not comprehensive and I could go into a lot more detail about specific situations but I hope it gives you some ideas on how to combat this very effective character class.

So what’s new to add to this?

I’d say that economically it’s difficult to make that one happen so I’d downgrade that option to lower “priority” but keeping the enemy starved for gold is an important tactic in its own right.

Guarding Agents – no!!!! Unless they’re big, don’t do it.  You might stop a small agent 690ing at a pc, but don’t expect them to protect you against that killer agent.

Rescue (630): is an interesting tactic I’d add here.   If you know you’re being kidnapped on that turn, or have a kidnapped character, hunt the agent down, it’s particularly important in an agent heavy game, you get to do damage to the Agent (potentially killing them in the short term or longer term, they might have to back off a key agent order later whilst healing).  So in this scenario; 620 occurs, you counter with a lower rank agent that might not be able to kill with a 630 to rescue that character you KNOW is getting kidnapped that turn.

Challenging agent creators:  Pop up at a capital and take out that all important agent before you get into trouble… Gorthog (IK) is particularly open to this, but other nations can be weakened a key few turns with the right challenge at the right time.

Talking about Population Centres: Hidden pcs seem to be very effective holding off agents.  The Mantle of Doriath can help here…

Have your own agents! Easier said than done but the following nations make decent agents…

Neutrals: Only the Dunlendings lend themselves to an Agent strategy realistically (Name @40).

What about our new modules?

KS – SNA selection can be key, but also picking up those all important NPCs and those with great SNAs can be key to mid-long term success.

CME – similar to KS, lots of players focus on the Curse part of the game, agents can eliminate key members of the Curse squad so getting those agents up the ranks, selecting the recruitable NPCs is a key way to out-speed your opposition’s advances.

So none of these tactics eliminate agents, they reduce, impact, remove, etc, but all these add up to a frustrating game of cat and mouse that can drastically impact on the enemie’s abilities to enact an agent War….