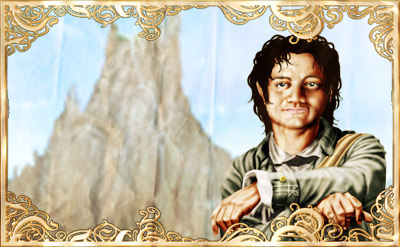 I see many new players in Fourth Age be “seduced” by certain Special Nation Abilities (SNA’s) which are in fact not worth taking, or perhaps don’t function as the player thinks.  So I’m writing to clarify these SNA’s, which I believe are overpriced in terms of the build points they cost, and which are seemingly chosen so often to the detriment of the player’s nation and unbeknownst to most players.

Let’s start with the SNA for “Stealth Rank Bonus,” #5.  Many players choose this believing that they are going to overflow with stealth.  But neither this SNA nor the challenge rank bonus SNA make it more likely that you will get a character with a bonus.  That chance remains the same, about one in four or one in five, say 23%.  What the SNA means is that whenever you do get a character with a bonus, it makes it more likely that you will get stealth as the bonus, rather than a bonus to your challenge rank or to one of your four character ranks or healing ability.  And the additional chance of getting stealth can’t be very high – I’ve known players to start with this SNA and NEVER GET STEALTH THROUGHOUT THE GAME on any of their characters that got a bonus.  It was always a character rank or challenge rank or healing that received the extra benefit. Personally considering the cost of this SNA, I think they should increase the chance of getting stealth rank when you get a bonus, or lower the cost.

Some players do go over the top to try to get stealth by retiring new agents who don’t come with stealth and naming replacements, until they get stealth; an expensive way to maximize the bonus, but it can bring it into play if you’ve had bad luck.

I’ve seen some new players start with the stealth SNA AND the challenge bonus SNA, which almost makes them competitive with one another rather than additive as the player probably assumes.

One last point in favor of this SNA: in your initial setup, the normally random bonus you get on one of your characters seems to be certain to be 10 stealth.  But you don’t get to choose which character it goes on, which is random, so you can’t maximize it’s value.

OK, on to one of my pet peeves, some of the naval SNAs, which are typically hardly worth taking at all, but are taken with surprising frequency.

Let’s start with SNA #33 and #34, warships at strength 4 and strength 5, at a cost of 1000 and 2000 respectively.  It sounds great in practice, and conjures up a vision of crushing the enemy navies.  However, consider instead of taking these SNAs, simply take more warships! For 1000 points you can start with 4 extra warships and for 2000 you can start with 8.  At an offensive strength only of 3, 4 more warships adds 12 to your offense, 8 more adds 24.  And bear in mind that the extra warships also add 3 points each to your defensive constitution, which you don’t get with the SNA.

Let’s suppose you have decided to spend 5000 points on ships, and you want to have at least 8 transports.  The results are shown in the table below.

*Naval strength is not counting relations, spells or combat artifacts

It’s clear that in a sea battle, the nation with the first column choices will defeat both other columns, with greater offense AND defense!

For either SNA to result in a stronger navy, you would have to start with so many ships that it would require about half of your nation building points.  For example, you could spend 10,000 points on ships, if you were really mad for a powerful navy, and assuming still only 8 transports.  I’ve never run across anyone who would even consider it, but let’s look at the results.

*Naval strength is not counting relations, spells or combat artifacts

Even though the offensive strength of the right-hand columns has finally exceeded the left hand column, the battle will be evenly matched because of the difference in constitution, and assuming both sides dislike each other, any two navies will mutually destroy each other.

But, you say, what if you build ships later on in the game, won’t it be good to have higher warship strength?   Well firstly, I’ve played many fourth-age games and RARELY if ever have I or any of my allies ever made additional warships.  As the various teams engage with each other, everyone recruits to the maximum that their economies allow, and they typically sell timber, or possibly use it for war machines or fortification.  Few can spare the timber to build more ships, and certainly not in any quantity.  Nevertheless, you could make a case for this, but it’s most likely you only spent 3000 or 5000 on ships in the first place and got your navy knocked out by someone who didn’t take either SNA!

I should point out, to be fair, that any ships you start with, you have to pay the maintenance on from turn1.  But it is only 50 gold per ship, so even 20 ships at the start costs only 1000 gold per turn.

Another thing to mention in favor of starting with ships is that you can give them to an ally who might need to make use of them, if you upgrade relations with them to friendly.

This brings us to the two SNAs for building ships with less timber, #17 for half-timber, and #18 for 1/3 timber (for Elvish nations only).  This might make sense if you are taking them with one nation in a grudge game, or a game where you are playing multiple nations, on the chance that you will have the opportunity to build ships using the resources of many nations.  But let’s suppose you are playing a single nation and have 3000 naval points to spend.  The table below shows your starting ships, depending on which SNA you take.

Now, you say, ok but I am going to build lots of ships!  Let’s look at your total number of ships, using the above table, assuming you invest 6000 timber during the game (and that’s quite a bit of timber!!)

This table show that in order to “catch up” with the number of ships you start with, you have to invest 6000 timber.  It is only when you are putting in more than 6000 into your shipbuilding that you are ahead of the game.  And in one sense, you are still behind, because when you don’t take either SNA, you get the use of the extra 4 or 8 ships at the start of the game, which can make quite a difference!  And as I said in the previous section, you may never actually be in a position to build more warships in any event.

Well, this one is more controversial, but overall I think that at the least, it’s quite a bit overpriced.  Most players take this to aid them in their efforts to hunt artifacts.  But consider two things:

Some players like the idea of the teleport spell on a group of independent mages with Weakness, or on an emissary or an agent, who can bop around anywhere.  Considering the unreliable casting rank, and that if you are going to give those characters mage ranks they can also just take movement spells, it seems like an expensive way to use your SNA points for marginal benefit.

Thank you for taking the time to read this!  It is my hope that Middle Earth Games will take this to heart, as too many newer players find their way to these SNAs without having a deeper understanding of their value, in some cases nearly nil.  I’d like to see the cost of all of these SNAs significantly reduced to match their value in the game.